Our commitment to quality isn't just a passing phase. It's grounded in over 50 years of experience. 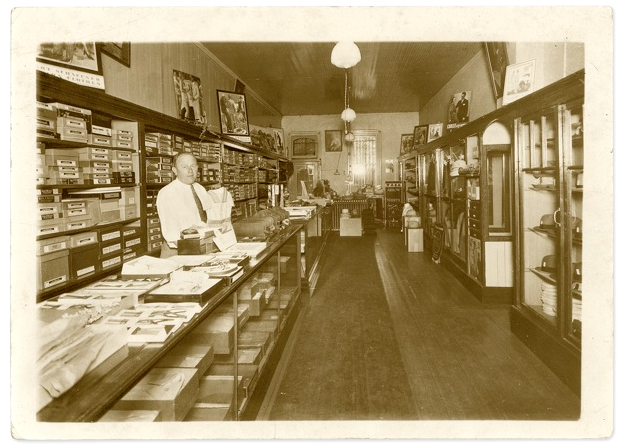 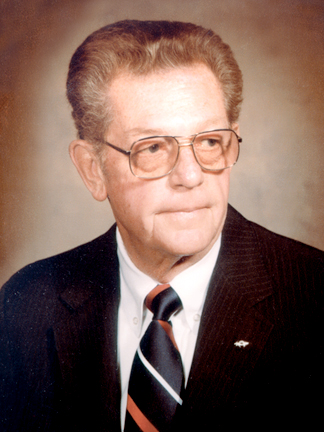 After Leo's death, his son Jim takes over the store, renaming it Jim's Men's and Boys' Shop.

Jim, working with his brother, Allen, focus on providing their community with quality menswear products and excellent service at a fair price.

Responding to his customers' needs for quality formalwear rentals, Jim opened "Jim's Formal Wear". He purchased 200 black coats, 200 white coats, 600 formal shirts and a 900 square foot house near the men's store in downtown Trenton as a tuxedo distribution center. He and his wife, Betty, took orders on a pad by the house's kitchen phone. Doing business in a small town means that you really can't afford to lose one customer and they spent all their effort providing exceptional service and expanding their customer base. 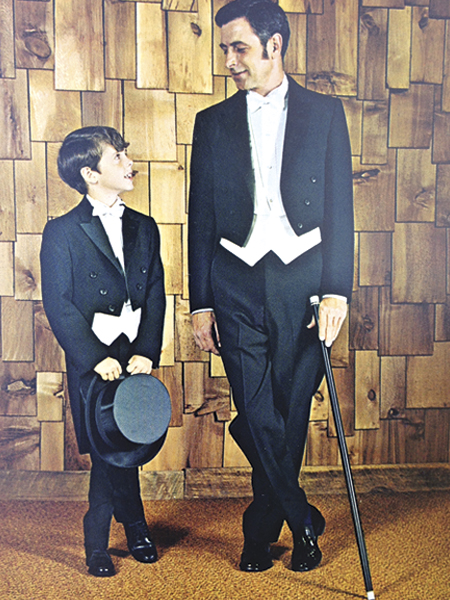 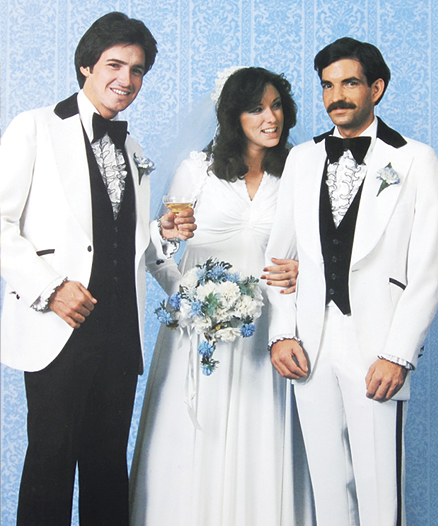 Jim and his family members take orders, hem sleeves and pants, and assemble tuxedo orders. They even deliver the orders from the back of the family station wagon! Their example established the company's culture of hard work and dedication to the customer.

Rapid growth occurs, due to the quality of Jim's inventory and the impressive customer service demonstrated by the Davis family and the JFW employees. During this time, JFW expands to seven regional service centers in six states. 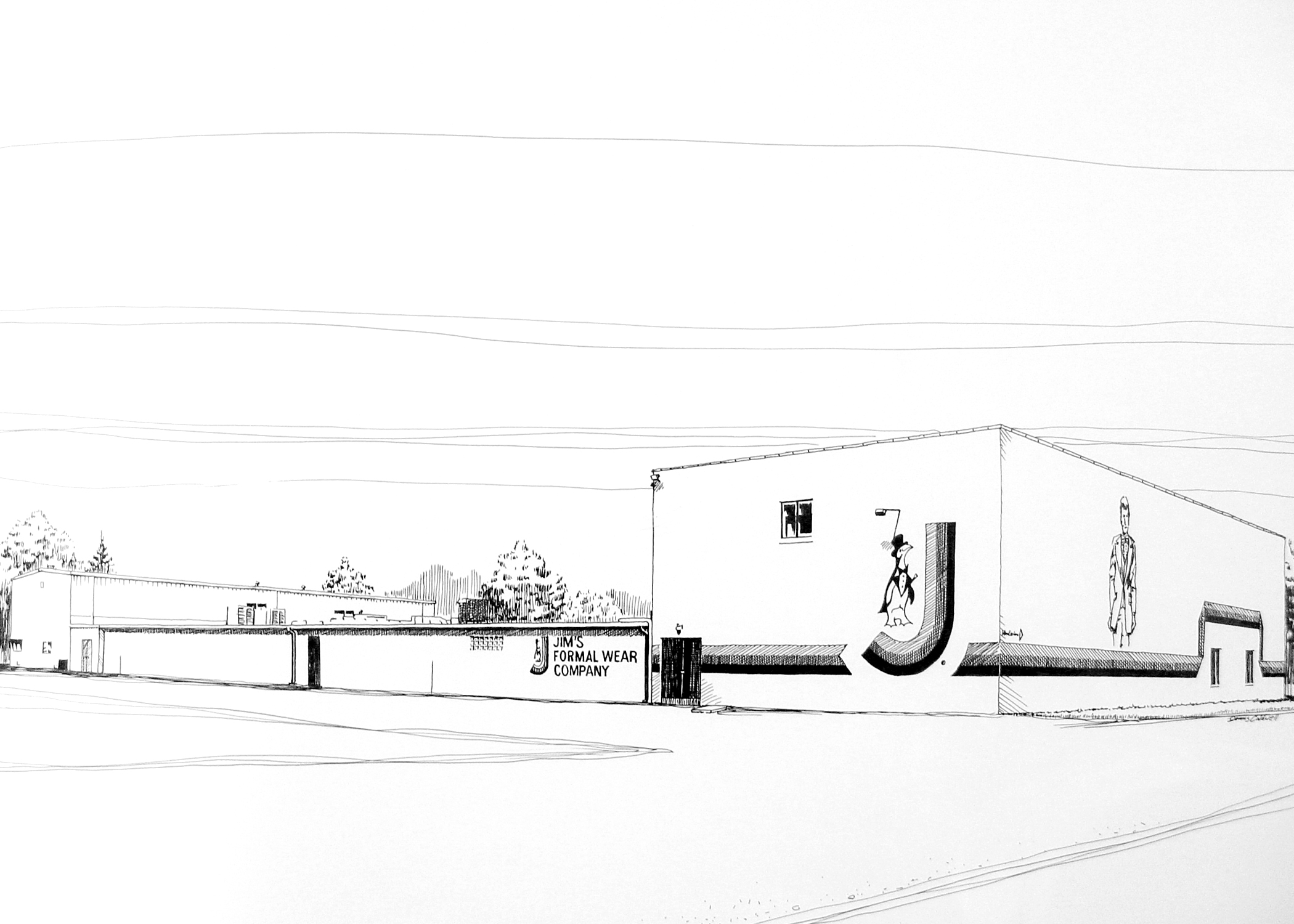 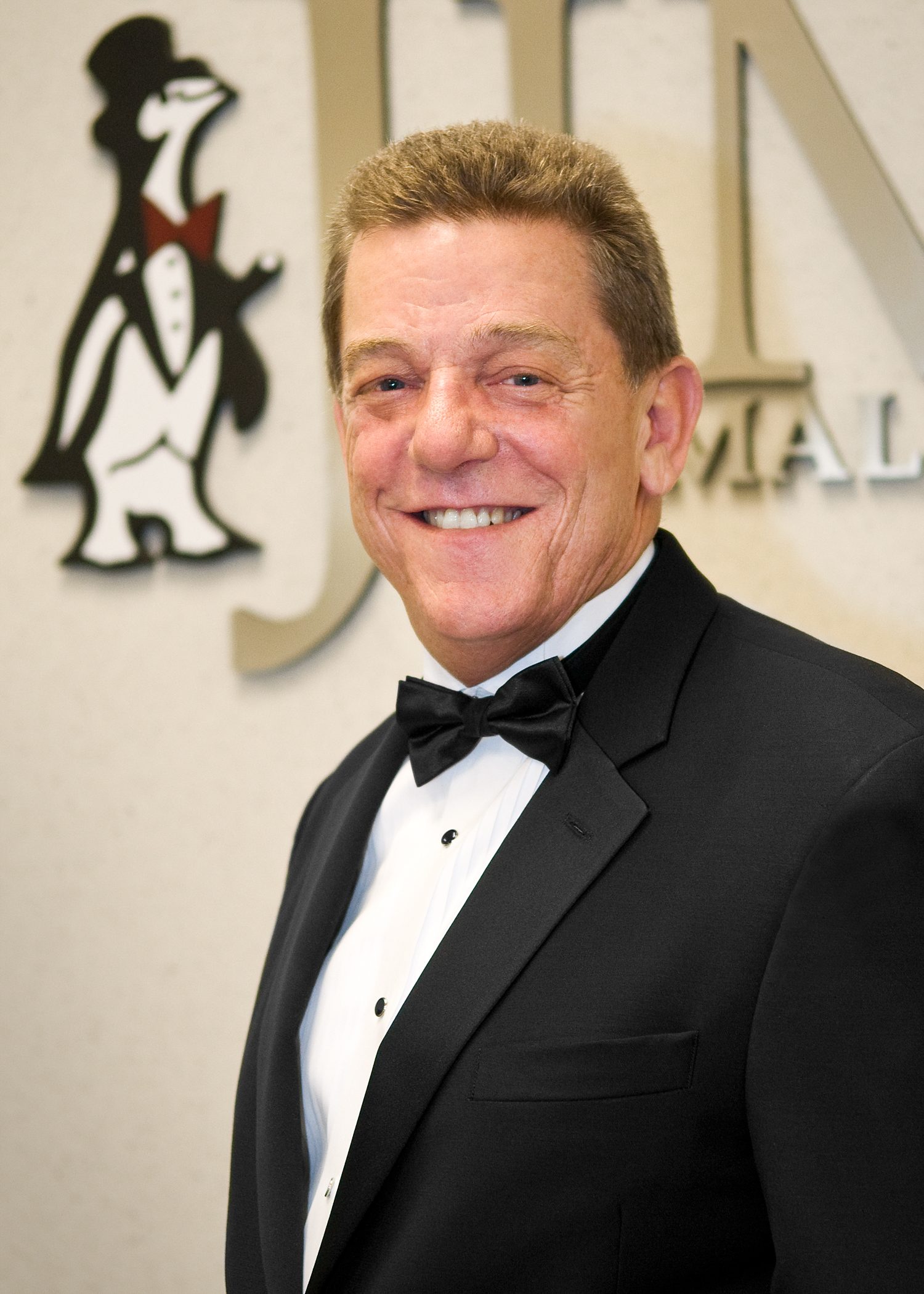 Jim's youngest son Gary and his wife June purchase Jim's Formal Wear. Under their guidance, they grew the business to over seven times its size by making acquisitions, improving infrastructure, and investing in the latest technologies.

Today: Commitment to Our Humble Beginnings 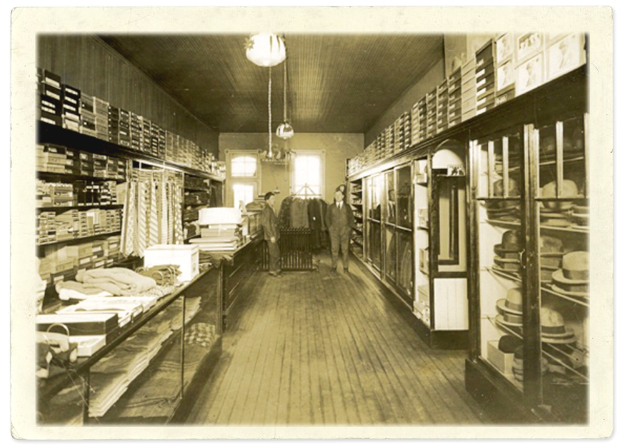 Our promise to you is to provide quality tuxedos with exceptional service at a fair price. It's the guiding principle behind JFW for over 50 years and something we'll always believe in.

History of the JFW Logo 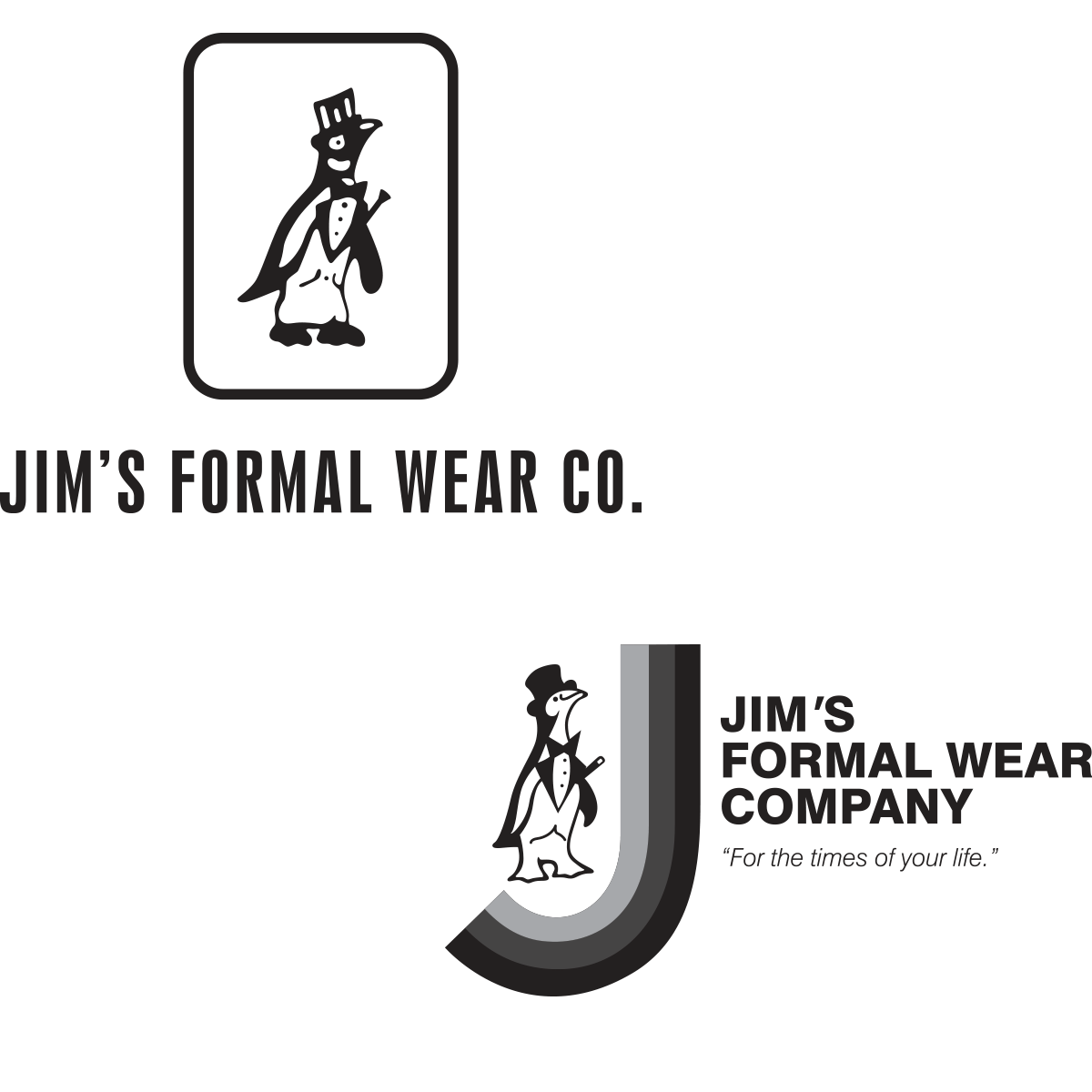 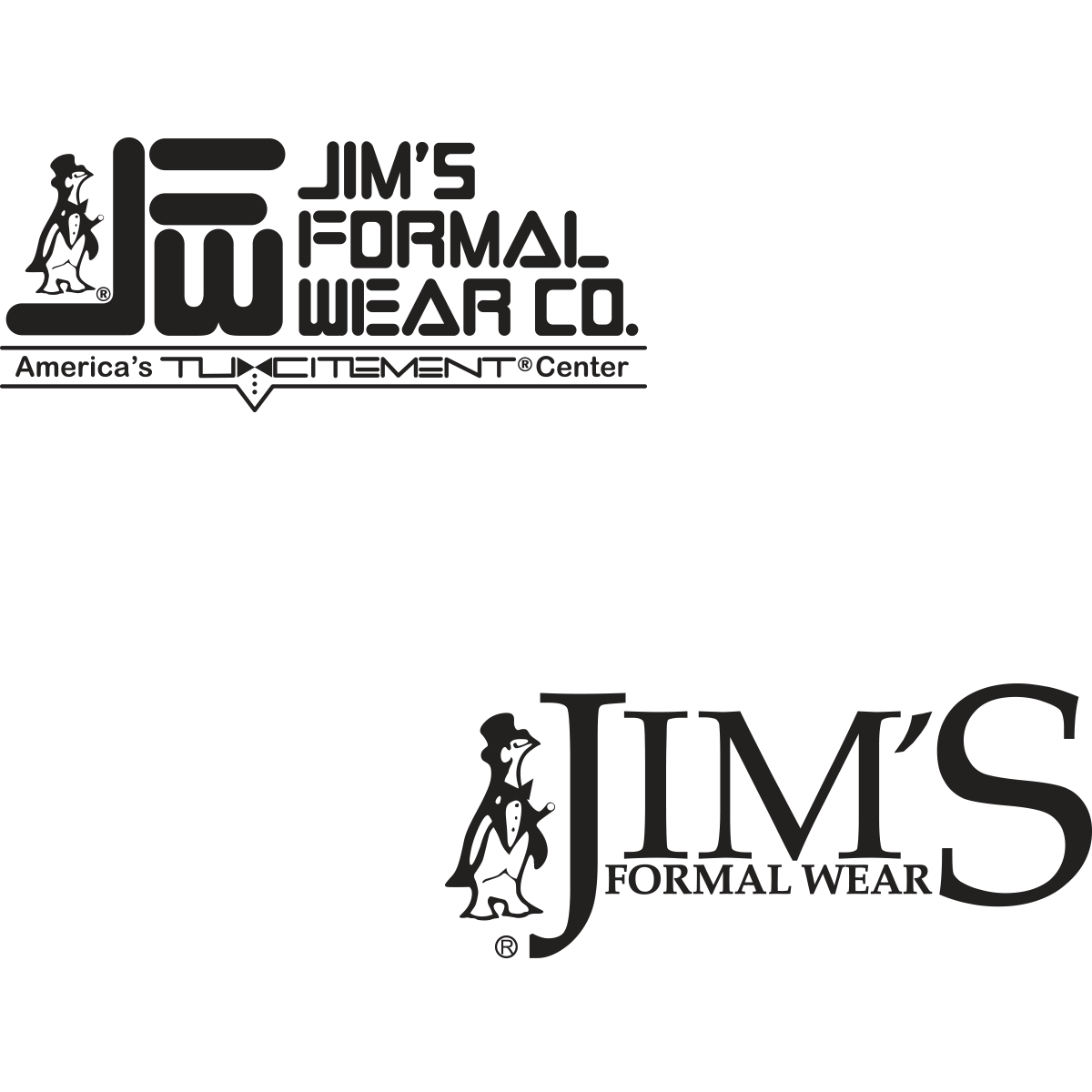 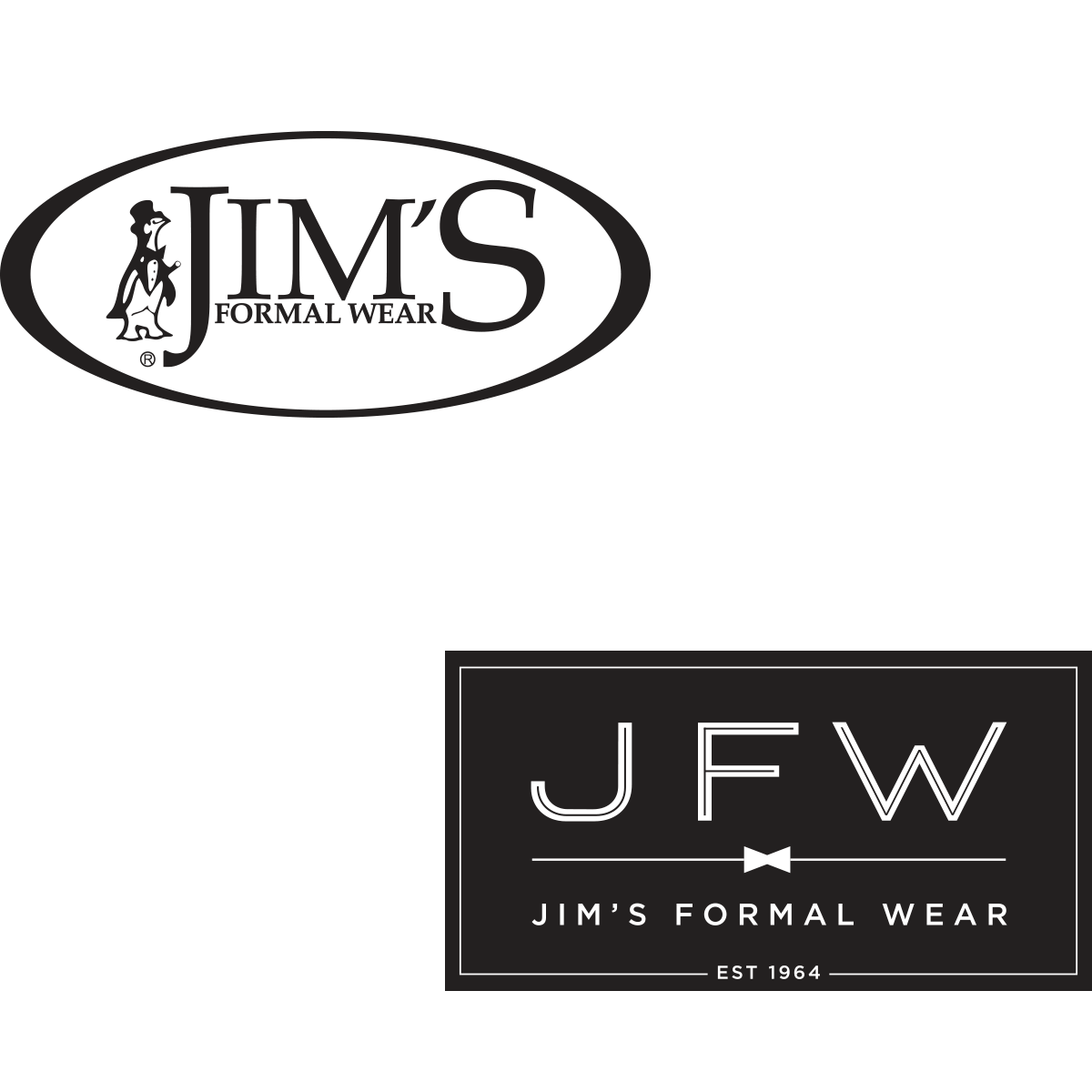